Week 15. After taking a genetic blood test, I fell into the routine of harassing my doctors office until they had the gender results. No, seriously. They promised to call me within the week, so once those 7 days passed I was calling once… twice… even three times a day.

Ever since I was a kid I would say I wanted one daughter. Partially because I aspired to be Lorelai Gilmore and because that is all I knew as my parent’s only child (and I think you want what you know, you know?). Sam’s love of big families and an entirely different aspiration to be Zeek Braverman led us to agree on having more than one. (P.s. if you’re not getting these references you have some serious Netflixing to do.) BUT I desperately clung to my dream of having a girl first, and when we found out we were pregnant I was not ashamed to tell everyone this. You know those parents that say “oh we would be happy with whatever as long as he/she is healthy”? That definitely wasn’t me. So of course our friends and family were all secretly betting it would be a boy, because I wanted it too much and oh-yeah-that-whole-genetic-thing of Sam having mostly boys on his side…

We decided on the perfect boy name just after taking the genetic test which made me feel a little better “just in case.” I knew it was a girl. It had to be. But as the test results took longer, I was starting to feel like it was a sign this little bean was a boy. I accepted it, embraced it, and admitted that baby boy clothes at Target are cuter anyhow.

I continued with my harassing until I finally got a nurse to help me track down my results. Sam was at work and I had been texting him complaining about how annoying it was to wait… but then I found out… and he still wouldn’t be home for a couple hours. So I raced to the store to get balloons, flowers, and cookies to tell him the news since I was too excited to tell him about my positive pregnancy test in a cute way. He opened the door and started walking toward our bedroom. I thought my heart would explode, or that I would pee, either way I was so excited to tell him…. 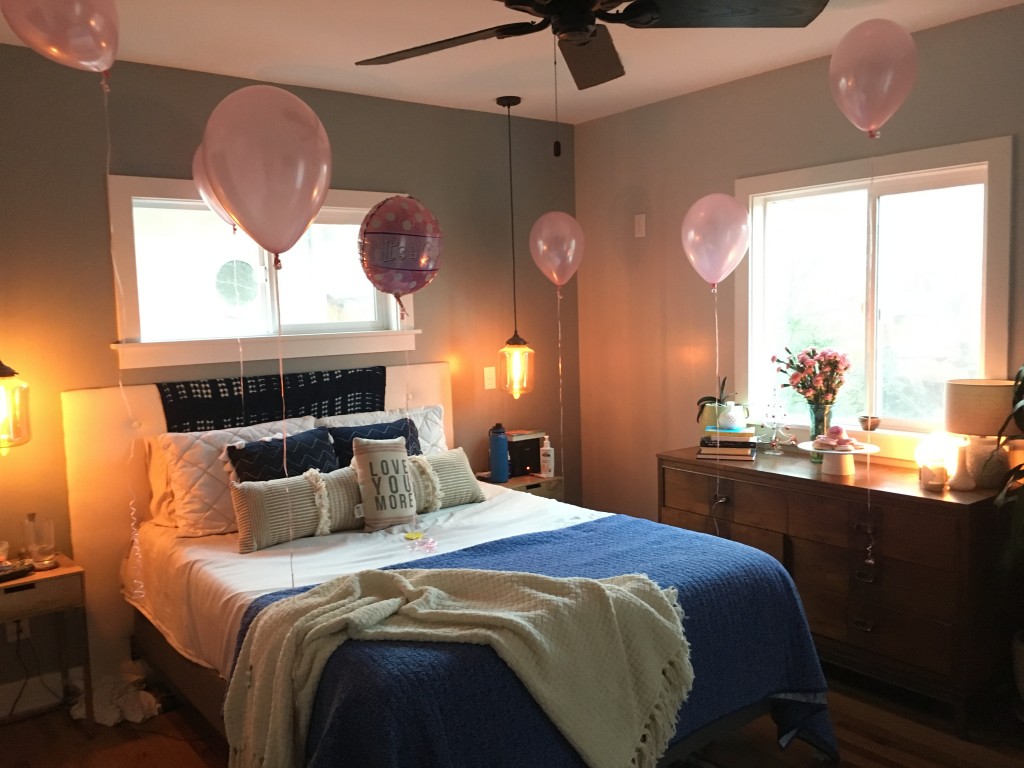 I think even the bean was doing a celebratory dance because that night was also the first time I felt her move. As you can image, Sam and I and our families are all SO stinkin excited!

P.s. I haven’t taken any bump photos yet because I feel awkward, especially when there is nothing to show. But here I am paddle boarding at 15 weeks. I can’t wait to have a big old belly and still be balancing on this board- oh what a sight I’ll be! 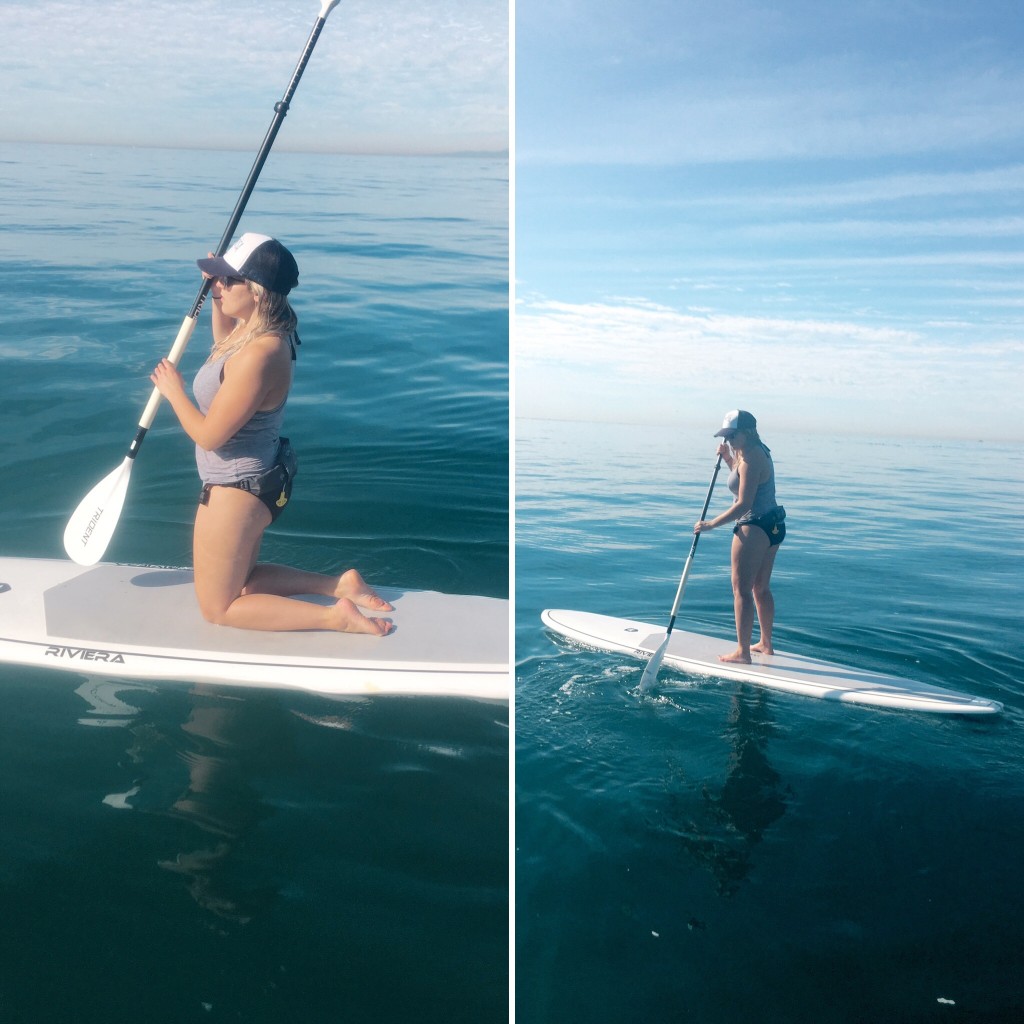 Week 17. Aka that one time I almost fainted in Target. During the second trimester it has been easy for me to forget that I’m pregnant. My lack of a “belly” and virtually symptom-less pregnancy (besides headaches and congestion) have me feeling more like someone trying to recover from a cold that ate one too many breakfast burritos. So forgetting I’m pregnant means forgetting to eat every 2-3 hours like I’m supposed to.

I was in one of the far corners of Target when I started to feel a little dizzy. I decided it was time to check out and I’d get food on the way home. All of a sudden I get really hot and felt like I might pass out. So I just sit down in the middle of the aisle. My ears were ringing and my sight was so blurry that I felt like I was lost in a tunnel. I thought maybe I could make it to Starbucks, but when I tried to stand my legs said NOPE. Then I remembered there was Gatorade in my cart so with every ounce of effort I had, I reached up to grab one and chugged it like it was the first drink I’ve had all year. That gave me the energy to make it to checkout where I ate a milkyway in line and apologized to the cashier later.

Now the only reason I’m telling this story is because at least 10 people (including Target employees) walked passed me during my little “episode” and not a SINGLE one asked if I was okay. Granted I’m not obviously pregnant, but I’d like to think that if the roles were reversed I would have offered some help. It’s a weird time in our country where people are angry and fighting for change; that change has to start with individuals simply willing to offer a hand to one another. I don’t mean to get preachy, really, but its time for us all to stop being selfish. Let’s be kind humans.

P.s. if anyone has any recommendations for local + handmade shops that sell super cute, itty bitty baby clothes I’d love to hear them!

Check out Kumquat in Eagle Rock. They also have adorable California-themed alphabet flashcards like A is for avocado and E is for Earthquake. Lol!