Some Thoughts on Motherhood

September 13, 2017
Well, we did it. We survived the “fourth trimester”: three whole months with Dylan Bailey. I could write all day about how perfect my angel baby is and how we are completely obsessed with her. If you follow me on Instagram you already know this (and sorry). But instead I want to share an honest post about what motherhood really looks like. 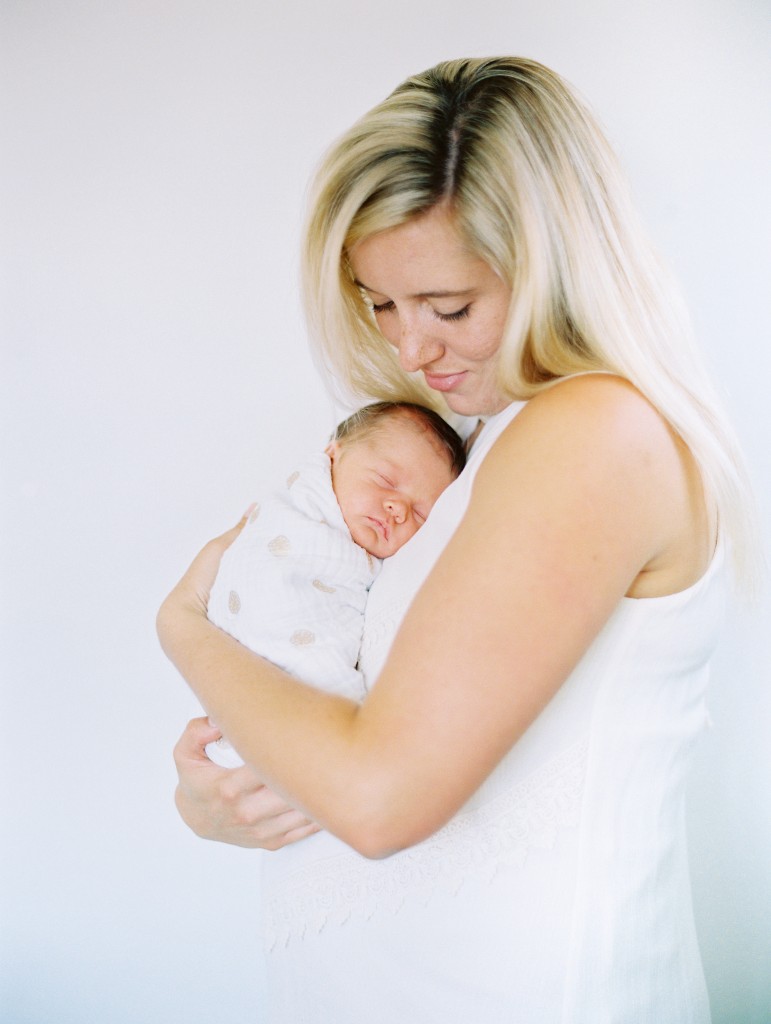 To sum it up in one word: Overwhelming.
Every day is a new change, a new challenge, and a new lesson. One thing I’ve felt from the very beginning is completely overwhelmed. Mostly in a good way; with love, with joy, with this new responsibility. But at times I’m overwhelmed in the negative sense of the word, though those days are few and far between.
The first month was the happiest and the hardest. Sam and I would just look at each other and say “I’m so happy!” because our family was finally complete and we could feel it. But then he went back to work and I was all alone as a stay at home mom, something I claimed never wanted to be. (Yes I know that sounds ridiculous because every mom is a SAHM for at least the first few weeks.) I fell into a haze and that made me feel like I was loosing my identity. I hardly slept and had to feed Dylan every couple hours, but I was so completely obsessed with her that I couldn’t leave her side for more than a few minutes. That left no time for the little things that made me me, like waking up early in the mornings, going for a run on the beach, sitting in a coffee shop and editing, or even eating a meal uninterrupted.
Then suddenly I found the “Reset” button- I actually remember the exact moment it happened. I planned Dylan’s morning feeding perfectly, left the house early, and took her for a nap time walk in the stroller at the beach with a hot cup of coffee in hand. The fog in my brain cleared. I actually had a moment where I missed working and remembered to catch up on texts and emails that had been forgotten for days. Then I made it home before she woke up and needed to eat again. I had everything under control and it felt GOOD. It sounds silly but that little victory gave me so much confidence. Now there are hardly any days where I say “I can’t do this” because there is no doubt in my mind that I was meant to be her mama. Even with the constant changes (growth spurts, schedules, etc.) she really makes it easy for me by matching my newfound calm nature with her own even sweeter version.
Over the next couple of months we really found our rhythm. Most mornings she wakes up with a smile on her face. If she ever cries its probably because she is hungry, and as soon as I feed her she stares at me with those big dark eyes and everything is okay.  Sam and I have kept up our fast paced lifestyle with weekly trips to the beach, dinners out, and even a couple road trips, and Dylan is happily along for the ride. But as much as I love the “busy” times, I’ve really surprised myself with being able to do absolutely nothing all day other than hold her and watch her sleep and still feel completely fulfilled. When we have those rare rough days, something new happens (like her first laugh- oh my heart) and it doesn’t matter. I still am missing pieces of my old self but have replaced them with a new identity. Her mama.
With all of the love I have for this identity, I have to admit something: one of the first things I said when she was born was “I’m NEVER doing that again!!” I went from wanting allllll the babies, to absolutely no more ever. I’m terrified of experiencing pregnancy and labor again, though I’m told I’ll eventually forget the bad parts and only remember the good. But my biggest fear is that I don’t know if I’m capable of loving more than one baby. Because I love her so much. Like, so so much. My heart is already ready to explode. And yes its very strange to already be thinking about adding to our family but I think a big part of becoming a mama is making a lot of scary decisions. Is just one enough for us? or two, close together or years apart? putting it off for as long as possible? I still can only imagine life with Dylan. I’m interested to see how (if?) my heart changes.
///
Its been a fun ride so far and I feel like I learn more every day.
Here are just a few things I’ve learned about motherhood so far…

• You should never post a picture of your baby bragging about getting them down for a nap. Just don’t. Because they are pretty much guaranteed to wake up a second later

• Mom arm is a real thing (My arms are more toned now than when I used to weight lift 3x a week haha!) So is mom bod. But I’ve learned to love & accept my pooch since its perfect for standing on- like a built in Boppy.

• Baby things are SO EXPENSIVE. Which I already knew, but what really surprised me is that resale value on the best of the best items is almost the same as retail.

• I can function on basically no sleep and sleeping 4 hours straight makes me feel completely refreshed.

• You AND your baby will go through multiple outfits a day. Being covered in poop and barf doesn’t faze me one bit anymore.

• The laundry can wait. The dishes will be there tomorrow. Its okay to order dinner three nights in a row. What’s important is soaking in every single moment of holding that tiny human and watching them grow, because if there is one lesson I’ve learned its that babies don’t keep.