June 4, 2012
Today’s Sunday Love Story comes from a place of Aloha. Of hellos, goodbyes and love.
Many years ago I fell in love with the island of Hawaii. My family and I would go on vacation there once a year, and I remember looking forward to it like a kid going to Disneyland for the first time. In 2010, Sam and I had been together for a year and I knew I wanted to share this piece of my life with him. Just this past weekend we returned from our third trip to Hawaii together and I don’t think I have ever felt so lucky.
We arrived at the airport early in the morning giddy and ready for a large cup of coffee. Between the hours of sitting in the airport, on the plane, in the taxi cabs… all I could think about was collapsing on my fluffy hotel bed. However, the island was calling us.  Sam and I spent the week laying in the sun and doing our best to not make any plans, but rather simply enjoy doing nothing. Most of the time Sam is the King of Relaxation. I, on the other hand, cannot watch an episode of Modern Family without taking a lap around the house. But for the sake of our vacation, I tried. One afternoon we were lounging on the sand in pure bliss, and Sam turns to me and says “this is perfect.” It was one of the moments were if everything stopped and I could have nothing else, I would be happy.
“Maybe we should come back here for our honeymoon,” he said. And of course it made me blush. He could say things like this to me a thousand times and that rosey-redness would still rase up my cheeks.
On one of our last days we rented two surfboards and made our way out from the shores of Waikiki Beach. It was the first time either of us had ever been surfing outside of home, and I was just about ready to collapse after paddling five miles out. (Okay, I’m exaggerating a little, but it was far and I was tired from all that doing nothing.) Once we covered those ten miles, we looked behind us and were sort of hit by the overwhelming beauty. The water was perfect, the air was warm, and the company was unbeatable. Oh how I love this place.
Did you know Hawaiians have their language? I honestly couldn’t tell you how it came about or if it is even considered a language, but one thing I do know is that it is beautiful. Most people know the word “Aloha” to mean hello. It also translates to mean goodbye and love. One little word with three big meanings. I’ve come to learn that aloha is more than a word, but a way of life. An attitude. And what I love the most about it is that it makes me feel present as I learn every day to live in the moment.
Just like Sam.
He reminds me to live with the aloha spirit.
…
And because every post is better with a picture, heres a couple photos to show how much we have changed in the past two years!
2010 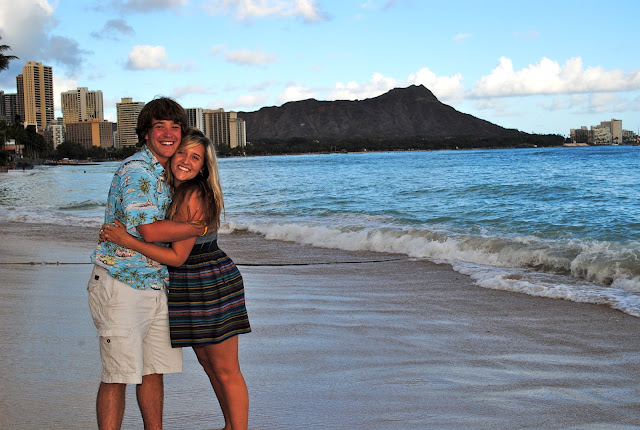 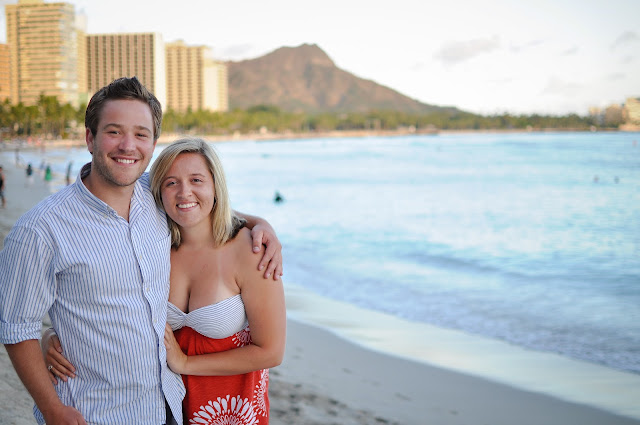