It was three years ago but I remember that day like it was yesterday. You had just gotten out of the relationship that forced us into acquaintanceship and somehow I had become your person to lean on. I didn’t know how I had gotten that job, or even when I applied for it, but looking back now it feels like it was fate.

A bunch of us were celebrating your birthday with a bonfire on the beach. It was slightly awkward with the crowd that had gathered, and we managed to separate ourselves as we fell into mercilessly flirting with each other. At the time I would have denied it left and right, but I was flirting like I’ve never flirted before. Everyone there could see it. Everyone knew we were on the track towards becoming a couple; we were the only ones that had no idea. The night ended with your mom asking who “the blonde girl with the camera” was… and when she tells the story now she’ll say you blushed.

That was the day we became best friends. Not the kind of best friends that secretly wanted to be a couple all along, we simply became each others’ favorite person. I would do everything in my power to coincidentally drive to school at the same time as you so that we could walk to our first class together. My flip phone became an extension of my hand when we were apart, as it wouldn’t surprise me to receive a text from you minutes after the last bell of the day rang. I even changed your name to “Samantha” in my phone so my parents would stop bothering me about texting a boy.

Three years have flown by and I’m still falling for you more and more every day. I am so thankful for that bonfire on the beach, and for every day afterwards that has brought us to this point. You are the greatest boyfriend I could have ever dreamed of, and more importantly you are still the best friend I’ve ever known.

Happy Birthday, baby. I love you! 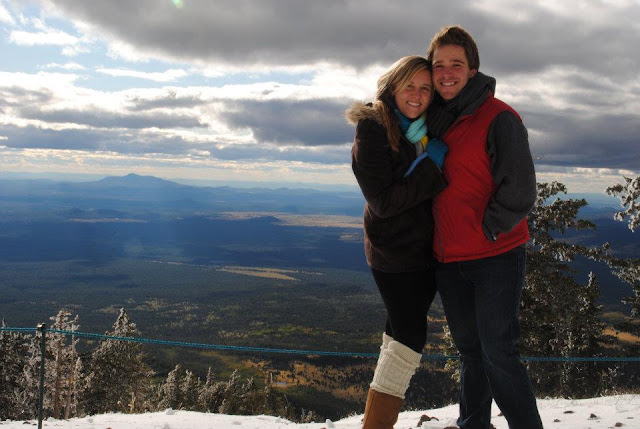 […] 5th time we’ve gotten to celebrate your birthday together. Five years ago I was simply “the blonde girl with the camera” and from that moment we have become inseparable. To say you’re the best boyfriend […]